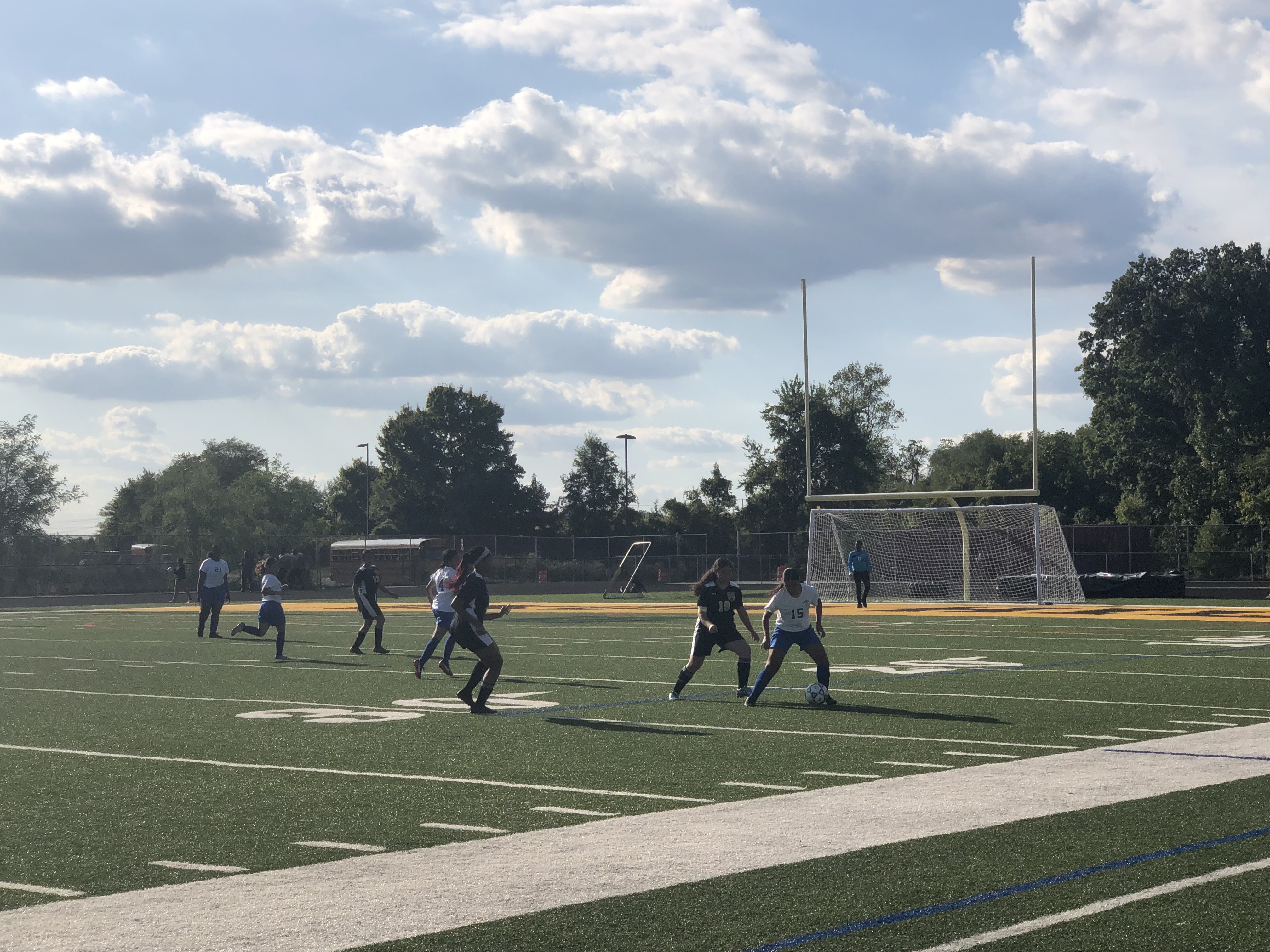 Another win for the JV lady Spartans soccer team! First goal shot by Jasmine, freshman, in the second half. I would have to say this game should’ve ended in a 6-0 game. Not the best game played, but not the worst. There were a few mistakes her and there, our girls tried their very best to make sure no goals were scored on them. The defensive line again did amazing job. Alexa, junior, give her all in clearing those balls from our defensive line to the strikers up top. Also with the help of Tabara, Wendy, and Vanessa in the defense made the Oxon Hill Clippers team almost impossible for them to be on our side and shoot. Litzy, freshman, held it down for the midfielders today. She had one amazing free kick to goal, but was saved from their goalie. All the midfielder did good in coming back and going forward today. Last Estephany, sophomore, did not give up at all today. She was getting frustrated because all her shots were being blocked, but I like the determination she had to at least get one behind the net. Overall I’m glad to say we got another win!!